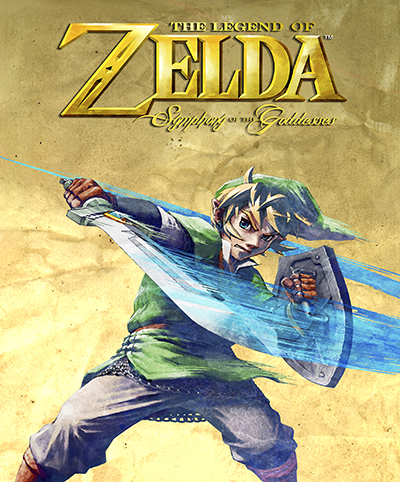 THE LEGEND OF ZELDA: SYMPHONY OF THE GODESSESS

THE LEGEND OF ZELDA: SYMPHONY OF THE GODDESSES  Comes to Edmonton one night only, before the Quest ends in 2013.  Tickets on sale 10AM, Thursday, August 29

As part of The Legend of Zelda: Symphony of the Goddesses 2013 world tour, the acclaimed concert will visit the Northern Alberta Jubilee Auditorium in Edmonton for the first time ever on Saturday, October 12.

The Legend of Zelda™ has sold over 62 million copies and has entertained generations with more than 25 years of magic and adventure. Witness the video game series come to life as this dynamic cinematic video presentation is synced to Zelda’s sensational, action-packed music – performed live by a live symphony orchestra.

Showcasing the work of Nintendo composer and sound director Koji Kondo, The Legend of Zelda: Symphony of the Goddesses is the first ever video game themed concert to feature a complete four movement symphony and is an event gamers won’t want to miss.

Fans will relish in their favorite moments from the game, carefully and beautifully timed with the gorgeous, larger- than-life orchestral score. The concert is a festive event for all walks of fans, who are encouraged to don their Hero’s tunics and Master Swords for the experience of a lifetime.

Tickets for The Legend of Zelda: Symphony of the Goddesses vary in range depending on performance, seat location, and date of purchase and start at $35.00 plus applicable service fees. Tickets are available at all Ticketmaster locations, at www.ticketmaster.ca or call toll-free 1.855.985.5000.

A complete tour schedule and additional information is available by visiting www.Zelda-Symphony.com.

The Legend of Zelda: Symphony of the Goddesses is produced by Princeton Entertainment and Jason Michael Paul Productions in association with Sulyma Productions Inc