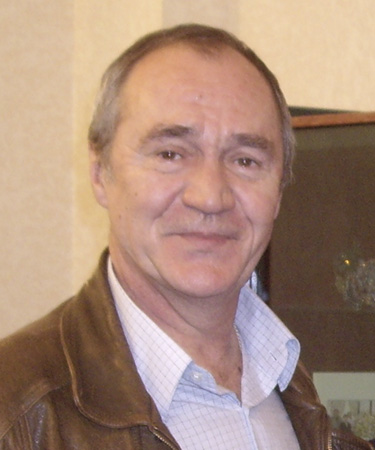 Viktor’s work with Canada’s Ukrainian Shumka Dancers has been hailed by audiences and critics alike and through the years, propelling Shumka to a new dance level with his 1995 work Absolutely Shumka and Shumka’s Cinderella in 2000. Viktor was the Artistic Director and Choreographer of Sulyma Productions Inc.’s THE NUTCRACKER, a ballet fantasy (1997-2004), featuring the Kyiv Ballet and Shumka; excerpts of this Nutcracker were performed in the touring spectacular A Royal Christmas, starring Julie Andrews, Christopher Plummer and Andrea Bocelli. Viktor’s Pathways to Hopak, a special commission by Shumka, premiered at the Canada Dance Festival at Ottawaʼs National Arts Centre in 2004.

In 2007 & 2008, Viktor collaborated with Kyiv composer Yuri Shevchenko to create two full-length ballets, Pinocchio and Dr. Doolittle. The premieres were such a resounding success that the National Opera of Ukraine, which commissioned this extraordinary artistic team, made it a permanent part of the Kyiv Ballet’s repertoire. Viktor’s recent full-length ballet is Caprice – The Life of Paganini. 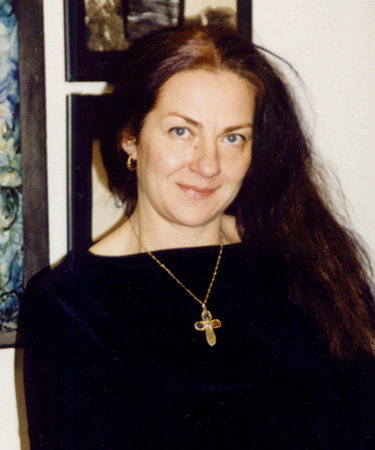 Maria is the fourth generation of a Kyiv family of artists and has dedicated her life to creating stage designs that seek unity with nature. She studied at the Art Institute in Kyiv and has designed more than 200 operas, ballets and dramatic works in Ukraine, Russia, Slovenia, Poland, Japan and Canada. Her ﬁrst ballet production was Lysenko’s 1983 work The Magic Dream at the National Opera of Ukraine, marking her long association with the National Opera, which culminated in her appointment as Director of Stage Design in 1989. More recently, she designed sets and costumes for many historical ﬁlms created and produced at the Dovzhenko Film Studios.  Maria’s art also appeared in exhibitions in Moscow, Gdansk, Kyiv, Prague (Prague Quadrennial), Israel and Tokyo.

In Kyiv Ballet tours of Sleeping Beauty, Cinderella, Coppelia and THE NUTCRACKER, a ballet fantasy, audiences in Canada, the United States, Europe and Japan have seen her stunning sets and costumes. Maria’s set and costume designs for Shumka’s Cinderella, Pathways to Hopak and Eve of Kupalo have provided an entirely new visual world, and benchmark, for theatrical Ukrainian dance. In Shumka at 50, Maria’s new scrim designs for Harvest Angels and 50th Anniversary Hopak proved to be breathtaking displays of her stunning work. 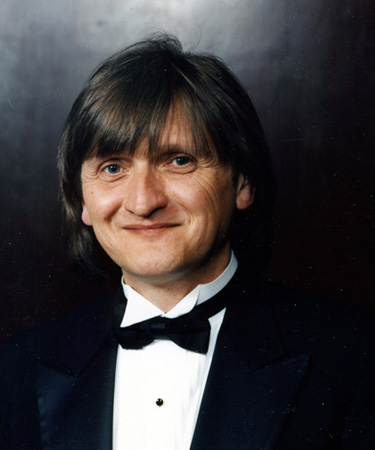 Based in Kyiv, Ukraine, Yuri is acknowledged as one of the finest composers in the Ukrainian classical and theatrical music scene. He creates works for musical, dramatic theatre and television productions, as well as orchestral works for ballet, folk dance and choral ensembles. In 1998, the President of Ukraine awarded Yuri the Honoured Artist of Ukraine distinction for his expansive musical contributions to the country.

Yuri’s 15 years of composing music for Shumka has resulted in a profound artistic relationship. The marvel of his score for 1995’s Absolutely Shumka was followed by the full-length composition for Shumka’s Cinderella, which toured Canada, China and Ukraine from 2000 to 2007. During the composition process for Cinderella he noted, “we would need to resolve many of the musical questions from the standpoint of folkloric intonations, that is, to tell the tale through the language of Ukrainian melody.”  This statement guides his sensitivities as a Ukrainian composer profoundly attached to his roots while living in a contemporary world. Yuri’s composition of Shumka’s ground-breaking contemporary work Pathways to Hopak was a prestigious commission by the 2005 Canada Dance Festival in Ottawa, where it premiered.

Yuri’s newest gift to Shumka is his progressive and captivating Anniversary Hopak, which enjoyed its world premiere as the grand finale in Shumka at 50: An Anniversary Concert in 2009.  With a respectful nod to the past and a grand reach to the future, this work is a testament to the growth of Ukrainian dance as an art form.  Most recently, Yuri has arranged a grand symphonic version of Carol of the Bells (the Ukrainian Christmas carol Shchedryk) for inclusion in the 2013 world premiere of Sulyma Production Inc.’s The Ukrainian Nutcracker, Clara’s Dream. 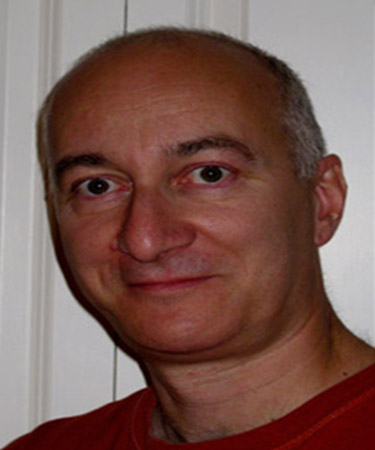 Pierre has been active in dance since 1982, first in Toronto as stage manager for most of the city’s modern dance companies, then in Montréal for Les Grands Ballets Canadiens. There he had the great opportunity to work closely with his mentor, lighting designer Nick Cernovitch. Pierre started designing lighting in the 1990’s for Margie Gillis and has since designed every new work in her repertoire. He also creates lights for many independent modern dance artists in Montreal. Pierre’s versatility shows how easily he can sustain both modern and classical vocabulary.

He has designed to rave reviews at Alberta Ballet where he is resident lighting designer, for Christopher Wheeldon’s Midsummer Night’s Dream, Val Caniparoli’s Lady of the Camellias, Kirk Petersen’s Othello, Emily Molnar’s Carmina Burana and Jean Grand-Maitre’s Carmen, Cinderella, Romeo and Juliette, the acclaimed Fiddle and the Drum with Joni Mitchell, Love Lies Bleeding with Elton John and Fumbling Towards Ecstacy with Sarah MacLachlan. Pierre also designed works for the Royal Winnipeg Ballet including Moulin Rouge, Mark Godden’s As Above, So Below and The Magic Flute, and André Prokovsky’s Anna Karenina. Other ballet credits include Don Quixote, Swan Lake, Taming of the Shrew and Nutcracker at Boston Ballet; Cinderella at Milwaukee Ballet; a mixed jazz program at Ballet Memphis; King Lear, Amadeus, Phantom of the Opera and Don Giovanni at Atlantic Ballet Theatre of Canada;  and qoundam at the Royal Swedish Ballet choreographed by Sabrina Matthews.

Pierre also ventured into the world of music where he designed the lighting for the last three creations of tango music septet Ensemble Romulo Larréa: Homage to Astor Piazzola, Tango for La Milonga and Tango for a Century.

In 2011-12, Pierre was pleased to establish his work for Shumka in many of the most prestigious theatres in China and Canada.